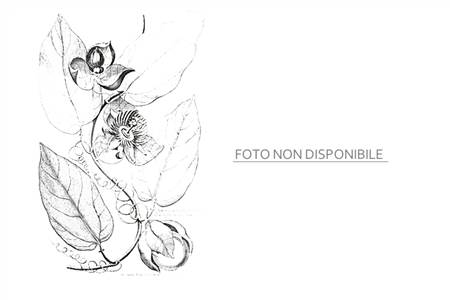 Like many passionflowers belonging to supersection Tacsonia, P. cumbalensis also lives in the mountains of Colombia and Ecuador at altitudes between 2000 and 4000 m. It likes a cool environment and does not tolerate high summer temperatures. It is probably adaptable to many Italian climatic zones such as the Ligurian Riviera and the coastal areas of the great northern lakes where any frosts are likely to be sporadic and fleeting.

The flower is pendulous, hanging from a long, mobile petiole. The calyx tube is 7 to 11 cm long, has a maximum diameter of 1 cm, and at its base is covered by three lanceolate bracts. The corolla also reaches 11 cm in diameter. The corona is made up of a series of short dark purple and white filaments.

The trilobate leaves vary considerably in shape depending on the variety. Those of P. cumbalensis are regular (14 x 16 cm) while others have short, stocky side lobes with a prevalent central one. Indeed, var. pilosa has ivy-like foliage.

Propagation can be done both from seed and from cuttings.